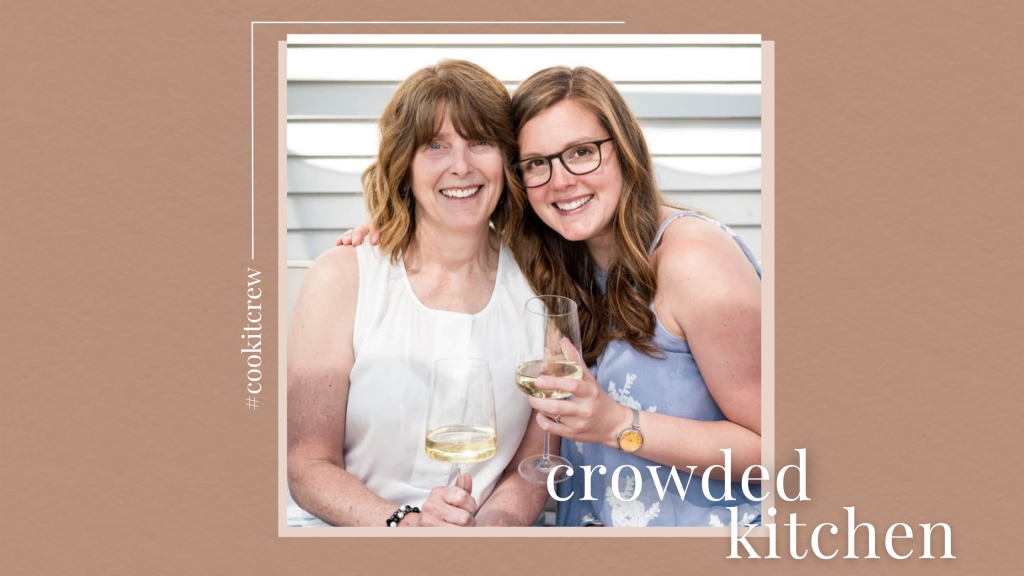 In honor of Mother’s Day, we’re spotlighting the talented mother/daughter duo behind Crowded Kitchen, Lexi Harrison and Beth Sinclair! What began as a simple Instagram account has quickly grown into a six figure business with no evidence of slowing down. Over the years, Lexi and Beth have attracted over 214k followers with their beautifully photographed family friendly vegan recipes.

We sat down with Lexi to get the inside scoop on how her relationship with her mom has changed since starting the blog, her tips for starting a business with a partner, and what’s next for Crowded Kitchen.

How did Crowded Kitchen start?

Lexi: So back in college, I started a food Instagram account called Super Food Runner just for fun. I had no intention of turning it into business whatsoever. At the time, my mom had been taking an online course about plant-based cooking and photography, so when I went to study abroad for a semester, she took over the Instagram account. That’s how she got involved.

When I graduated from college in 2016 with a degree in English, I didn’t totally know what I wanted to do, but I knew I wanted to do something related to food. I was applying to a lot of food editor positions for various publications, and I got a job at a food media startup. We kept up with the Instagram page very casually, but it grew quickly. I actually only worked at my new job for one year before leaving and moving back home to Michigan so that we could focus on the blog. In the fall of 2017, we rebranded to Crowded Kitchen, and we’ve been working together full time ever since! My husband also joined us full time in 2020, and it’s been great having more family involved.

When did food become a major part of your life?

Lexi: Both my mom and I have several food sensitivities. We’ve always had these [dietary] issues but didn’t think much about them until high school. I ran competitively in high school and my mom was actually my coach! Since we already had that really close relationship with running, nutrition became a really big part of our relationship as well.

We both became more interested in fueling the body properly, thinking more about what we were eating, and cooking more from scratch. I mean, my mom always cooked a lot from scratch when I was growing up, but high school was kind of the point where we really started consciously thinking about it a lot more. And then from there it just kind of blossomed into a passion and we started developing our own recipes.

Can you remember the first dish you and your mom cooked together?

Lexi: Ooh let me think. Probably Christmas cookies. When I was younger, I wasn’t into cooking savory recipes, only baking. I definitely remember making my grandma’s spritz cookies. I remember putting the dough in this special canister, twisting it, and watching it come out in this cool shape. I was really young but I remember loving it.

What are the pros and cons of starting a blog as a mother/daughter team?

Lexi: Pros, definitely the flexibility and being able to create our own schedule. To me, that’s the best part of it. Also, being able to control the direction that the business is going in. It’s just nice to be able to shape that ourselves.

Cons are kind of the same thing. Since we’re working on our own, there’s a constant pressure to be doing more, to be doing better, and to be working all the time. Trying to find the balance between working enough to make the business successful, but not working so much that you lose the good parts of it.

How has working together changed your relationship?

Lexi: Since high school, we’ve had two different relationships — mother/daughter and then coach/daughter. Now we have a professional relationship, too. I’d say the most challenging part was moving back home to pursue the blog full time. I went to college out of state, then I was in New York for a year, so moving back home after that was difficult. I was at a totally different place in my life at 22 than I was in high school. It took maybe a year, year and a half, to get used to that dynamic again. Especially since our business was growing so quickly and my mom never imagined that she would have this huge full time career this late in her life. So it took us a little while to figure that out, but for the last couple of years we’ve really gotten into a groove. We really love working together and I definitely would not change that at all.

How do you break up the work? Do each of you have a task that you prefer to do?

Lexi: My mom does all of the recipe development. That’s where she spends 95% of her time. I do all the photography, videography editing, as well as all the other stuff. Oh, and my husband does a lot of the backend stuff for the website, as well as some video editing, and things like that.

What are some tips you have for anyone starting a business with someone else?

Lexi: It’s really important to make sure that you have different but complementary strengths. When we first started our business, we were both taking on the same tasks, splitting up the recipe development and the photography. My mom also loves photography, but we realized over time that photography was my bigger strength and recipe development was hers. So once we really settled into those roles, everything went a lot smoother.

It’s hard to start a business with somebody when you’re not clear on what each person’s responsibilities are. But I think the most important thing is trust. You want to be in business with someone you completely trust, so that you are both on the same page with all the different aspects that go into running a business.

What has been the greatest memory from this journey so far?

Lexi: I think our first really exciting moment was a couple of years ago. One of our photos was featured on the front of Thrive magazine! We’ve also gone on a couple of brand trips together over the years. There have been these moments where we’re like, wow, this is so cool that we’re able to live this life and be together so often. But honestly it’s the smaller moments that really make us appreciate what we’ve built together.

What is the best piece of advice that you’ve ever been given?

Lexi: Okay, so this advice wasn’t directly given to me, it’s something that I picked up from the Food Blogger Pro podcast. It’s the idea of improving 1% every day. I think about it a lot. So, to put it in perspective, I wouldn’t say I’m the most patient person, but I’ve gotten better over the years realizing that it’s the slow, small efforts every single day that result in larger success. I really try to remind myself of that often. I feel like it puts me in a much better mindset and helps me realize that, you know, nothing’s going to happen overnight, but it will happen in the future if you keep working at it.

Can you name a few of your favorite influencers/bloggers?

Lexi: Half Baked Harvest. I was always really inspired by her photography and her recipes, so she was one person that really got me into this in the first place. Another one of my biggest influences is @the_bojon_gourmet. I’ve been following her for so long! I love her photography so much and we’ve kind of become Instagram friends, which is surreal, because she’s so incredible. Other than that, I mean, there are just too many to name! There are a ton of photographers that have really influenced me because I’m self-taught. I spent several years just following other people on Instagram and figuring out how to create what they do in my own way.

If you had to recommend one recipe of yours for people to make, what would it be?

Lexi: That’s really hard! One recipe. Um, okay. I’m going to say our Vegan Lemon Rice Soup is probably my favorite recipe and the one that I make most often. It’s just so, so good. I love it.

What’s next for Crowded Kitchen?

Lexi: We’re hoping to start working on a cookbook soon! It’ll probably be awhile before it actually comes to life, but we’re starting to think about it.

We have another team member starting full-time in June, so I think that’ll hopefully help us implement some of these bigger projects that we’ve been thinking about, like potentially some kind of course. We’re hoping to grow our TikTok and just, you know, continue building our brand all around.

Q&A with our CEO and Founder, Laurie Buckle

To celebrate Small Business Saturday, we sat down with Laurie Buckle, our CEO and founder for a quick Q&A!  She answered a few fun questions 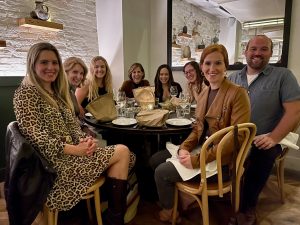 What We Learned at Expo East

This past weekend, #TeamCookIt headed out to Philadelphia to attend Expo East! They spent two days taste testing new products, meeting with up and coming

Get in touch to learn how we can exceed your digital marketing goals.
Tell Me More